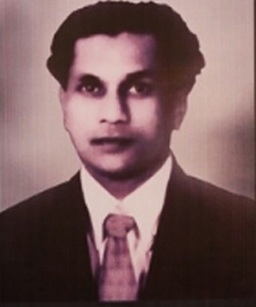 “The Pioneer”, a literary work on J.C.Daniel had its inspiration from the seven state-award winning feature film “Celluloid”, made by renowned film maker Kamaludeen (Kamal), which was released on February 15th, 2013.

Meant to offer a deeper historical insight of the socio-cultural ecosystem that existed and encouraged (?) JC Daniel to single-handedly pursue his creative dream on celluloid, “The Pioneer” also attempts in offering a fresh perspective on the chain of events that coalesced to create the first movie in Malayalam.

{ Also, as with every event posted here, please note that the views and the literary content expressed here in the Chapter Excerpt and the e-Book are those of the author alone, and do not necessarily reflect the opinions, tone or views of the general content nature of this blog, per se. }

A Chapter Excerpt from “The Pioneer”

It was in November 2012 that as part of navigating through various T.V channels, a movie-based telecast in ‘Kairali We’ Channel explained the news of a feature film in the making with Kamal at the helm of affairs. The commentator briefed about the shoot shown as per which  Prithviraj Sukumaran, the budding super star of Malayalam filmdom, was in three piece suit moving along a gravel road seated in a man-drawn cart or rickshaw. There was an old hall-like structure at the side of the road bearing a board which read ‘Capitol Cinema hall’. I was naturally interested about the whole issue. Thereafter, keeping up with my small life experience of a budding historian, I followed up the matter and found a write-up in a journal in December 2012 giving a superficial knowledge of the project. I was still in the dark about the historic content of the art by Kamal. Barring ‘Gandhi’ of Richard Attenborough, no other movie, a feature film released and shown in India had ever attracted my attention as a befitting biopic. Attenborough made extensive studies about Gandhiji ever since late 1950s and made the script and screenplay, finally shot the film and released it in 1982. Biopics are seldom made in Attenborough style. Movie makers do not have time for that.

Born on January 26th 1973 at Mumbai, educated at Bishop Moore Vidyapith and Bishop Moore College, Mavelikara in Alappuzha district, and later at University college in Trivandrum, Sen Joseph appeared for Civil Services Examination conducted by UPSC in 1998-1999. He has  authored and published articles and books on socio-political subjects including  the “Mystery of Netaji’s Death” published by Netaji Study Circle in 1999. Currently settled in Kochi after a professional career at Delhi, Punjab and Dubai from 2000 to 2011, he does freelance research into socio-political-cultural topics over and above his professional commitments. Married to Seena Sen, they have a son, Stefan Sen Joseph.

9 thoughts on ““The Pioneer”, Sen Joseph’s e-book on JC Daniel is here. Download it free too.”