[ This is dedicated to the “One who inconsolably wept watching Chemmeen 🙂 ” ]

Maybe this might be in your ‘Obvious List’ already but I strongly felt I had to put this down. There are a handful of celluloid characters that were brought to life by Madhu that seem to have taken permanent residence in the celebrated ‘big wide ballroom of Malayalam cinema classics in my head‘ and by virtue, merits a celebration anytime. Please note, that this list/compilation, like everything else here at OMC,  is one of my personal favorites, and would find points of resonance with yours too, I hope. It might only be incidental that most of these were the film adaptations of some our favorite characters from Malayalam literature, which makes it a task all the more difficult. The movie went on to become the first Malayalam film to win the President’s gold medal for the year 1965. Madhu reminisces how children still tease him by addressing him as Pareekkutty, even 5 decades after the release. Can an actor expect anything more ?

I say difficult for a reason. The actor who is responsible for the role that brings to life your favorite character from literature onscreen, to me, holds two main responsibilities : primarily, to do justice to the persona which lives inside our head as the character, the way we brought him to life as we read through the work, which also becomes remarkably different from a second person’s imagination. The second aspect is to make the character equally befitting and memorable to a person who hasn’t read the piece of literature, searing it in the viewer in a way that refuses to go away ever. Some of the roles done by Madhu have been rightly so, in my opinion. It also ensures Madhu, as an actor, eternity in literature and films, mutually complementing the other, and he seems to have done it many times over. Maybe, that’s what legendary actually means. 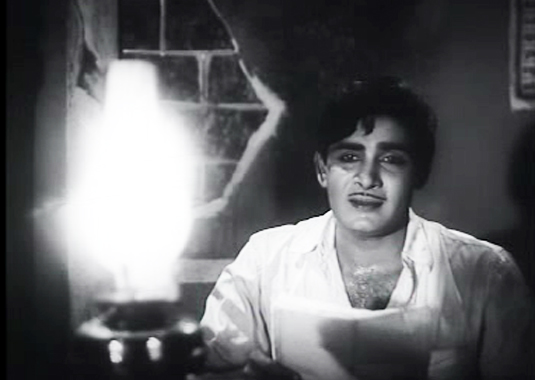 Though I had  written in detail on the movie earlier, I know it’s never enough. ‘The Writer’ in Bhargavi Nilayam didn’t have a name which made it very, very interesting. As it had been rightly pointed out by many learned luminaries (KG George, for starters), the movie works at three levels on the viewer –  its a murder mystery, a love story and a horror story that seamlessly flits across all the three without a hitch, and makes your revel in all the three, mutually inclusive and exclusive at the same time ! Can you ever think of an experience like that while watching a Malayalam film before ? I didn’t think the general audience of the time had, either.Though the full credit for ‘composing’ the narrative as this exquisite harmony should go to the creative inputs of A Vincent, Shobana Parameshwaran Nair into a script ‘almost’ built ground-up by the Beypore Sultan [ if you have read Neelavelicham, you would concur that it was at best the wireframe for the movie]. Madhu‘s character ( the Sultan by proxy) is a stark contrast to Prem Nazir‘s musician, and in a way portrays the essential nuances that set him apart in the world of Malayalam cinema, again. The mischievous glint in his eyes as he deals with the apparition, his latest muse is one of the unique nuances ever watched on screen. I think his soliloquy to Bhargavi, the borders on the fine line between an earnest plea for love as well as a genuine thirst to find out the truth, is the only instance, I have watched it come alive in Malayalam cinema. Bhargavi Nilayam is celluloid poetry in black & white. And Madhu  is without doubt,  its muse. 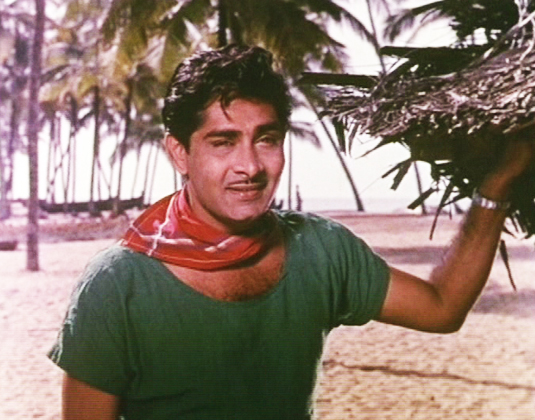 Ah, Pareekutty ! Arguably, the most famous fish-trader who has ever graced the screens of Malayalam cinema. When Thakazhi‘s novel of the same name was adapted to the movie screen, Ramu Kariat would have had no qualms in casting Madhu for the role of the starry-eyed, woefully drunk on love, naive and large-hearted – in short, one of us, lover called Pareekkutty. Interestingly, Madhu, who is a voracious reader himself reveals in an interview with John Paul,“ I have lost count of the times I have read and re-read Chemmeen, and from the first time I set eyes on this character called Pareekkutty, I had fallen in love with Pareekutty the character, as an actor” ! Err, didn’t we all ? While Sathyan represented all that was testosterone, male libido and exalted virility, Pareekkutty walked somewhere between the hazy worlds of undying love and naivety. But you identified more with the latter ( no, there is absolutely no question of deriding the other extreme, no Sir) because, after all, you were more Pareekkutty than Palani. Ramu Kariat, whose association with Madhu go all the way back to his debut film, seem to have added layer upon layer of heart-wrenching, dreary pathos around Pareekkutty that every scene felt like a tiny icicle stab deep inside. And to top it all, Manna Dey signed the testament of the broken heart with a flourish, singing Maanasa maine Varoo (never mind the serrated ‘rr’s) and the weariness sat heavy on your chest, maybe to last a lifetime. Pareekkutty was helplessness and unrequited love -emotions that are like second skin to most of us. No wonder, the song remains the final word in expressing the pining, desolate, broken heart of any man. 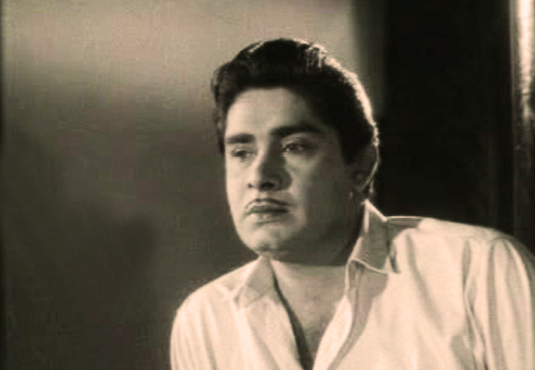 Spun out of his own short story, Snehathinte Mukhangal, MT was treading familiar territory with Murappennu, something I guess he loved most – the imploding of the matriarchal family systems, and the familiar baggage of infighting, heartbreaks and lost love. Madhu’s Keshavan kutty was mischief, good looks and brashness in a heady cocktail, but what was more delightful was the way he took the entire graph of the character along its doomed trajectory. We are amazed as the  cold-hearted practicality slices through the brashness when it comes to choosing between a bride his father has chosen and his betrothed lady love via traditions [ his murappennu ] and just when everything seems to be headed down the chute, realisation dawns but by then its too late. [ I didn’t give away the ending, did I ? ] If you have watched the film, you can never forget the showdown between the bristling brother ( Prem Nazir) and the helpless-to-commit groom ( Madhu) in the middle of the night, the former trying a last ditch effort to restore sanity in the household and salvage the domestic equations gone awry. Everytime I watch Murappennu, I am convinced again and again that the movie had always ‘belonged’ to Madhu, though it had four other stalwarts in equal standing, PJ Antony, Sarada, Ummer and Prem Nazir. What do you feel ?

Ashwamedham was an outstanding achievement in Malayalam cinema of many reasons. It was the first in a line of collaborations where the greatest playwright of the times, Thoppil Bhasi and the legendary A Vincent teamed up for the first time, they would go on to team-up for  12 more movies, each a box-office success in itself, walking the fine line between art house and commercial sensibilities. The scree adaptation of KPAC’s scorching theater production, the movie was about the “classic tale about  a love-struck couple, the groom who leaves the bride at the altar when he comes to know she has Leprosy, shunned by her own family and her friends, takes refuge in the Leprosy Sanatorium( a commune), and comes under the protection of the Doctor, a scientist who vows to cure her as it is curable. The scenes were shot at the Nooranad Leprosy Sanatorium, the biggest in Asia, and yes, it is still very much there. “ You can read about other scree adaptations of KPAC dramas here.  Madhu played Sadanandan, whose sister ( Sheela) contracts leprosy and is automatically thrown out of her house. Though he visits her at the sanatorium, even getting across a new dress for her, he also bows down to societal and domestic pressure to have their youngest sister married away without even informing the new bridegroom that such a sibling exists in the family. There is a pivotal scene where Madhu lays it down coldly, almost parroting their father’s words, asking her to begone for ever from their lives. There are no justifications nor there is any empathy offered, Madhu’s Sadanandan for a moment sounds clinically detached, cold and grating. Wonder if Prem Nazir could have got that right, had he been in that role. Now, that’s a thought.

Maybe it was the adaptation of G Vivekanandan‘s novella of the same name to film that did the trick, or maybe he held his ground with regard to the ‘life-cycle’ of the characters, either ways Kalli Chellamma (1969) was a memorable movie for all the actors involved, I feel. I think this was Prem Nazir‘s first full-fledged role as a villian. Here was a piquant situtation – the love triangle consisted of two villians and the hapless heroine (Sheela) ! Madhu’s Athram Kannu, the  toll guy at the local produce market where Chellamma sells tapioca is one of my favorites when it comes to the legendary actor. In some ways, he is the ‘animal’ version of Pareekkutty in Chemmeen, constantly pursuing his desire, to posess her at any cost. It is part love and part lust. He tries enticing her with gifts, puts on his best behavior in front of her, even takes care of her medical expenses when she is hospitalised, but he is enraged when her spineless, wimpy, lover pulls out a blade on him. It is a fantastic interplay that keeps unraveling as the film progresses. Interestingly, the film is set in a coastal village at Kovalam, never seen a movie before or after with that unusual setting. Kalli Chellamma is a movie not to be missed, for anyone who appreciates the legend’s craftsmanship on screen.

PJ Antony’s unique story setting of two families staying on houseboats, as neighbors and rivals made for interesting watching, but soon rolled into staple melodrama.This was another box-office success from the A Vincent – Thoppil Bhasi team, I presume, if not for the movie, for the songs that includes one of the best loved tracks in Malayalam, Aayiram Paadasarangal. Madhu played Sunny, the haughty, aimless sibling to Sarada‘s Stella who is in love with Johnny (Prem Nazir) , the heir from the rival camp. Though he seems to stay in the sidelines for most parts of the movie, he reacts violently when he sees both of them together and strikes out which also becomes the turning point of the movie. For me, more than Johnny, it was Sunny whom ‘ I took away from the movie’, after all Prem nazir was just being..umm..er..Prem Nazir.  Nadi might not even feature amongst his significant works ( Madhu’s, I mean) but to me, his ‘presence’ in the narrative onscreen  was a unique feature.

Next : Madhu | The Theater Aficionado

6 thoughts on “Madhu | From Chemmeen to Nadi”