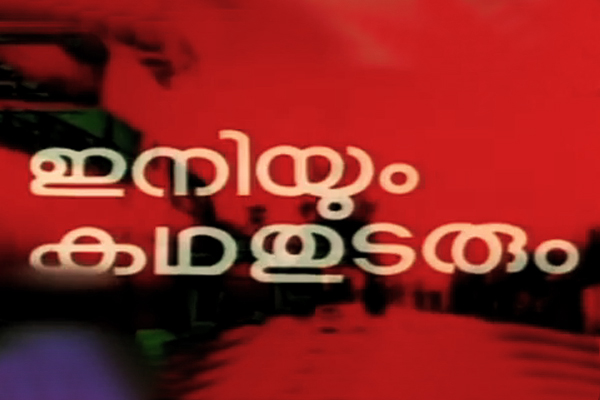 Achanurangatha Veedu is soon going to have a sequel. And so is Avalude Ravukal, New Delhi, Samrajyam and Runway. It seems that the sequel mania which hit its zenith following the success of Harihar Nagar Part 3, is still raging in Malayalam cinema.

Sequels have always been popular since time immemorial, right since ancient mythology. Isn’t Uttara Ramayanam a sequel to Ramayanam? And isn’t there an interesting connection between the Ramayana and Mahabharata through the character of Hanuman? One also shouldn’t also forget the first prequel- Raghuvamsham by Kalidasa- which tells the stories of the forefathers of Lord Rama. Coming to modern literature – Milton’s Paradise Lost was followed by Paradise Regained. Louisa May Alcott’s Little Women was followed by Little Men while Mark Twain’s Tom Sawyer was followed by Huckleberry Finn. Jane Austen’s Pride and Prejudice was recently followed by a sequel that had all elements of a detective novel – Death Comes to Pemberly (by P.D.James). Anna Sewell’s Black Beauty had its sequel in Son of Black Beauty (by Phyllis Briggs); while Victor Hugo’s Les Miserables had its sequel in Cosette (by Laura Kalpakian). Margaret Mitchell’s Gone with the Wind was followed by Scarlett (by Alexandra Ripley) while D.H. Lawrence’s Lady Chatterley’s Lover had sequels by Samuel Roth (Lady Chatterley’s Husbands) and by Elaine Feinstein (Lady Chatterley’s Confession). In more recent times Catch-22 had its sequel in Closing Time (both written by Joseph Heller himself); Jeffrey Archer’s Kane and Abel had its sequel in the Prodigal Daughter, Ken Follett’s Pillars of the Earth was followed by The World Without End and Sidney Sheldon’s Master of the Game was followed by Mistress of the Game. The unauthorised sequel to JD Salinger’s Catcher in the Rye titled 60 Years Later: Coming Through the Rye by JD California was recently caught in a legal imbroglio which frankly made the otherwise non-consequent book into a bestseller.

In movies – I think the first sequel was The Fall of a Nation (1916) the sequel to The Birth of a Nation (1915). Numerous sequels have happened since then in Hollywood right from the Son of the Sheikh to the most recent Men in Black III. But more often than not, sequels happened to be duds ruining the fame of the original- the only notable exception being Godfather –II which, to me, even surpassed the original.

Sequels in Malayalam Literature and Theater

Malayalam cinema had also its share of sequels. If my memory is correct the first such proclaimed sequel was the Prem Nazir movie Kayamkulam Kochunniyude Makan (1976), sequel to Sathyan’s Kayamkulam Kochunni (1966). That said, the 1979 movie Aane Valarthiya Vanambadiyude Makan had its original first part some 20 years back in the movie Aane Valarathiye Vanmbadi (1959). Thacholi Othenan had its unofficial sequel in Othenenta Makan. The makers never touted the movie as a sequel- but everyone accepted it as one; though the official sequel was made only in the late Eighties as Kadathanadan Ambadi. For that matter we can also trace some sort of connection in all our “Vadakkan Pattukal” movies including Unniyarcha, Aromalunni and Thacholi Marumakan Chanthu.

But the sequel mania really hit Malayalam cinema from the Eighties. Aavanaazhi and Inspector Balaram (and then the forgettable Balaram versus Tharadas); Mimics Parade and Kasargod Khadarbhai (and followed twenty years later with Again Kasargod Khadarbhai) Ramjirao Speaking and Mannar Mathai Speaking, Devasuram and Ravanaprabhu etc. were some of the popular movies during the last decade of the 20th century. The movie Puthran was a sequel to the television serial Mikhayalinte Santhathikal– the first time in Malayalam cinema in which a movie sequel was based on a television drama. And now the hit movie Akashadoothu has its sequel in an eponymous television serial. The last five years witnessed the success of the two sequels to In Harihar Nagar and the curious success of Padmasree Dr. Saroj Kumar – the sequel to Udayananu Tharam. Some sequels have become a sort of franchise- the best example being Mammootty’s Sethurama Iyer (in CBI Diary Kurippu, Jagratha, Sethruramaiyeer CBI, Nerariyan CBI and soon to be followed by Black Investigators) and more recently the character of Perumal (August 1 and August 15)

What prompts a sequel ?

Be it in movies or literature, is it lack of creativity or over-creativity? Is it the desire to make a quick buck rehashing the old formula or genuine belief that there yet remains a story to be told? Is it obsession with a story/ character or a last-ditch attempt to reclaim past glory? Having unsuccessfully tried to promote a sequel (a vain attempt to write a sequel to Thoovalsparasham, but sob…sob… it didn’t go anywhere); I tried to find out the psychology behind why people- especially in Mollywood go gaga over sequels. Frankly, I felt the element of a natural continuation only in Kireedom and Chenkol. Senior Mandrake was a desperate attempt to cash on to the mild popularity of its predecessor Junior Mandrake. The movie Thirakalkkappuram– the sequel to Chemmeen was an utter disaster- though the movie had the blessings of Thakazhi Sivasankara Pillai the doyen litterateur himself.

The King and Commissioner ruined the good name of its originals The Commissioner and The King. And frankly, I don’t know why the filmmakers made an attempt to circumvent an otherwise independent story into the fold of a sequel in movies like Arikkari Ammu (un-official sequel to Kalli Chellamma); Veendum Liza, Uppukandam Brothers Back in Action, Ninnishtam Ennishtam Part II, Kilukkam Kilukilukkam and Veendum Kannur.

How to massacre a much-loved melody.

The element of a ‘forced’ sequel was felt throughout in these movies. I guess obsession with a character or story might prompt a sequel in literature but so far as cinema is concerned, the main concerns are making a quick buck and a desperate attempt to cash on to past glory.

And it is with interest I view the forthcoming project Pavanai 99.99 with Captain Raju playing the titular role of a character he is most identified with. Is it obsession with that character or something else that prompts him to make this movie ?

Malayalam movies, I guess, also has the glory of sequels that were announced but that did not happen. The List includes announced sequels to Yodha, Lelam, Nokkatha doorathu Kannumnattu (return of Dolly); Thenkassipattanam, Thommanum Makkalum, Lion, Rajamanikkam, Meleparambil Aanveedu (titled Meleparambil Unnikal), CID Moosa, Chocolate (about a girl in an all boys’ college), Malappuram Haji Mahanaya Joji (though Rajan Kiriyath is still optimist of the movie taking place) Gajakesari Yogam and so on. It seems that P.G. Viswambharan, was working on a sequel to his movie Ponnu when he passed away. And subject to correction, I remember reading somewhere that the movie Flash was a rehashed version of the script originally meant for the sequel to Manichitrathazhu.

To Continue or Not to Continue.

That said, sequels will continue happening. Kolilakkam Part-2 (32 years after the demise of Jayan), Mathilukalkkapuuram (sequel to Adoor Gopalakrishnan’s Mathilukal), the sequel to Sandesham, the fourth installment in the Harihar Nagar series and the 3rd installment in Ramji Rao series are being planned. And however we berate the sequels – the element of curiosity would force us to go to the cinema and watch the movie. And I am no exception !

But the sequel which I truly wish to see is Dasanum Vijayanum – the 4th installment of Nadodikattu which has been in the news for quite some time now.

What are your thoughts on Sequels in Malayalam films ?

25 thoughts on “Sequels in Malayalam Cinema | Twice is rarely Nice”