Venu Nagavalli, in his avatar as an actor, played diverse characters in close to 30-odd films, but he was always  bracketed (pigeon-holed/slotted) as this brooding, melancholic hero who was always doomed from the beginning, ploughing through the proceedings to his inevitable sad and painful ending . Curiously enough, it was a slew of movies, starting with his debut film, Ulkadal (1978), that reinforced this stereotype , with the same kind of characters following suit, at least for the next decade.

END_OF_DOCUMENT_TOKEN_TO_BE_REPLACED 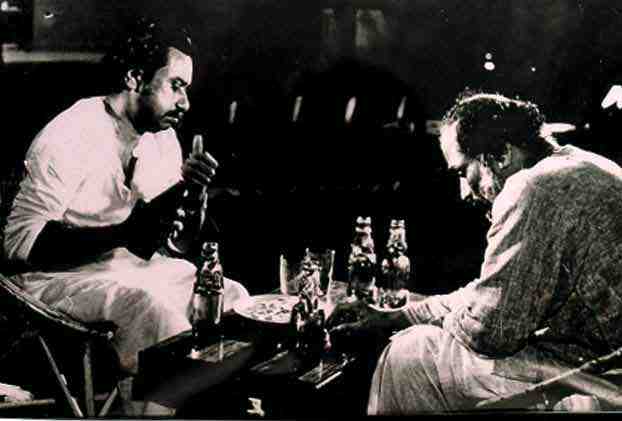 From being the cinematic ‘experience’ of the movement, captured from real life ( with a reasonable amount of commercial ingredients added), I guess the genre got itself a kick in the face (literally) when Adoor Gopalkrishnan‘s Mukhamukhom (Face to Face) released in 1984. Adoor, just pulled apart the rotting guts of the ‘movement’, and then laid it bare on the silver screen. Broadly, I feel, from this point on, the focus was more on the effect of the ideology on the individualities/personalities, rather that glorifying the ‘revolution’. The past 2 decades haven’t budged from this perspective – it was more about the “I, than the Ideology ” . I guess the ones that come to mind, across these 25-odd years, reasonably explains well, the enduring perspective of the dilemma of the human being who gets caught between the ideology, consumed by it, and is gradually disillusioned by it.