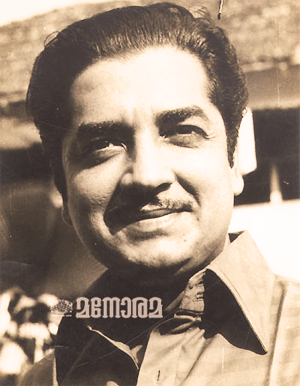 This 16th marks the 25th year of passing of Malayalam cinema’s only Evergreen Hero, and the Kozhikode-based Prem Nazir Samskarika Vedhi, as with the previous year is organising a 3-day extended tribute to the actor.

Maybe a quarter century is an auspicious-enough number for the powers-that-be, that there has been celebrations galore announced by the state machinery to remember Prem Nazir. Minister for Culture, KC Joseph has announced that the government is still “searching” for a suitable location in Thiruvanathapuram to erect a life-size statue of the actor.

Coming back to the Prem Nazir Samskarika Vedi’s 3-day long tribute that kicks off on January 16, 2014, this year’s program include felicitating Director Sasikumar and actor Sudheesh, who completes 25 years in movies this year, who also hails from Kozhikode.

The Publicity Handbill of the Program.

The venue is the Kozhikode Townhall which will host all the three days of festivities. The organisers are also bringing back the popular Film Posters and Photographs Exhibition of Prem Nazir which was a hit with the visitors all the years. 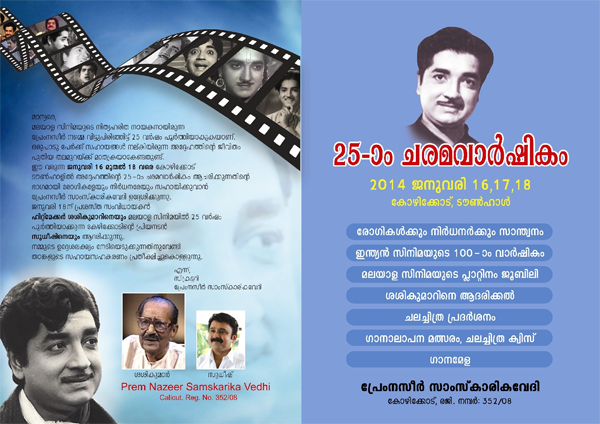 You can keep yourself updated of the events through the Facebook Page of Prem Nazir Samskarika Vedi.