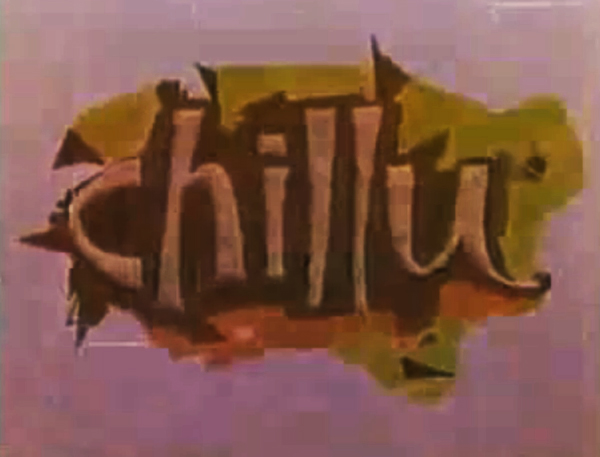 To anyone who has a part of his/her yester years safe in a cookie jar deep down, the lyrics of “Oru vattam koodiyen” from this movie are unforgettable. From the same movie is the song “Chaithram chayam” whose melody captures a deep sorrow within it – a sorrow that seems to echo the collective sorrow of a universe. It was this music that led me to the movie.

Chillu (1982) – I found the title fascinating.  A piece of glass that is sturdy and firm on the exterior, and in truth, so delicate and fragile that it could break into a million pieces at the slightest trauma. Such is the central character of this movie – Annie (Shanthi Krishna). The movie has its oddities and eccentricities in terms of script, dialogue delivery, pace and performance –  it carries strong tones of an art movie, as opposed to other movies which have touched upon the theme of suicide, such as Neeyethra Dhanya (1987) or Oru May maasa Pulariyil (1987) . However, what appealed to me about this movie was the characterization of Annie – the sketching of a personality trait that predisposes to suicidal behaviour. In that regard, this was yet another Malayalam movie that scored brilliantly at its psychological perspective.

In the first half of the movie, we are introduced to an Annie who is unconventional, outgoing and quite open minded. She personifies individuality and appears to be in control of herself. Having lost her mother early in her childhood, her father has raised her liberally. We also see the impulsive Annie who leads a life that is far from mundane. Her plans and her actions are abrupt and impulsive. An Annie who lives in the moment, whose life does not revolve around one particular focus. Instead, she is volatile and switches from one endeavour to another. This moment, she is seen chatting and laughing with a bunch of friends. The next moment, she switches over to a more intellectual conversation with Ananthu (Venu Nagavalli). And then you see her switching over to a playful banter with Manu (Rony Vincent).

Annie cherishes relationships; she seeks deep intimacy in all her relationships. This is where her relationship with Ananthu derives emphasis. Ananthu is an intellectual companion- someone whom Anne relates to. Manu, on the contrary, is her companion from childhood. She cherishes both these relationships, albeit on different grounds. However, Manu fails to comprehend this equation and he feels threatened by her emotional intimacy with Ananthu. When confronted with the question as to whether Annie is in love with Manu, she has a simple answer- “I grow restless if I don’t see him a single day.” And then she laughs about it. One would almost mistake her for a woman who was incapable of being dependent on relationships.

And that is Annie for us in the first part. While her relationships are in place, we see an Annie who is idealistic, joyful and loving. She refrains from defining emotions and relationships because definitions perhaps undermine their value.

The movie takes a turn towards the second half as Manu’s insecurity grows. As a desperate attempt to ‘own’ Annie, Manu pretends to court another girl. However, Manu’s mother grasps the situation and decides to take a stand. She arranges for Manu to get married to this girl, gauging well that Manu’s insecurity would always stand in the way of his relationship with Annie. She explains this to Annie. And that is the moment we see the other version of Annie- intensely sensitive and fragile. Annie breaks down. Her vitality is replaced by a brooding personality – a personality that is overwhelmed by the pain of rejection and abandonment. Her lows sail through depression – a sorrow that refuses to abandon her. In this period, we also see her mood swings and emotional instability. One moment, she is crying out aloud and the next moment, she gathers herself up, ignoring the ache that is gnawing at her. She switches from vulnerability to strength and back to vulnerability. Depression turns into a season that refuses to leave. Her mind desperately hunts for an escape from it. Impulsively, she visits Ananthu. Their college life has come to an end and Ananthu is leaving. Her mind desperately longs to hold on to someone who will comfort her and help her tide over her depression. She expresses her desire to accompany Ananthu, merely to escape from the emotional chaos within her mind. However, when he expresses his helplessness, she is quick to repress the vulnerability she has transiently exposed. And thus, Annie comes face to face with her loneliness. We see the Annie who is in reality, intensely dependent on her relationships for happiness.

Annie attends Manu’s wedding. She plays the perfect host to the guests, her face belying the chaos within. She exhibits dissociation, wherein she desperately focusses on playing host, in order to escape from the unbearable pain within. And yet, it hits harder and she bursts into tears. Manu’s wedding signifies to her a permanent loss of her relationship. The loneliness and emptiness is suddenly frightful. Unable to contain the negativity of her emotions, Annie finds her ultimate escape route. Like a human being who would rather jump out of the window of a high-rise apartment that caught fire and die than endure the flames, Annie prefers suicide to the negativity of her emotions. That is her final impulsive act.

This movie beautifully portrays borderline personality traits. Borderline personality disorder ( BPD ) is well known for its association with suicide; the suicide rate is 8-10% in this class of people. People with BPD are highly sensitive to rejection and fear of possible abandonment. They display unusually intense sensitivity in their relationships, have difficulty regulating emotions and are impulsive. They feel emotions more easily and for longer than normal people. They are emotionally unstable due to repeated “re-firing” or re-initiation of an emotional reaction. They are exceptionally idealistic, joyful and loving. However, they are overwhelmed by negative emotions – they experience grief instead of sadness, humiliation instead of embarrassment, rage instead of anger and panic instead of nervousness.

Efforts to escape from these intense negative emotions accounts for suicidal behaviour in them. They are aware of the intensity of their negative emotional reactions, but are unable to regulate them. They also depict emotional lability with mood swings. They express intense joy and gratitude at perceived expressions of kindness and intense sadness or anger at perceived criticism or hurtfulness. Their feelings towards others shift from positive to negative- from idealization to devaluation. They exhibit a strong desire for intimacy, but tend towards insecure, avoidant or fearfully preoccupied attachment patterns in relationships. They often exhibit dissociation in response to a painful event, thus directing partial or full attention away from the painful event. Most have a history of childhood trauma- particularly loss of caregivers in early childhood.

I think Annie’s character in this movie identifies with the core features of borderline personality. The beauty of the movie is that it takes us through the inner journey of her mind, and helps us empathize with her need for intimacy and her dependence. It gives us insight into such a personality trait and creates in us the desire to be more empathetic to people.

24 thoughts on “Chillu (1982) | Of Fragile relationships and frightening escape hatches.”