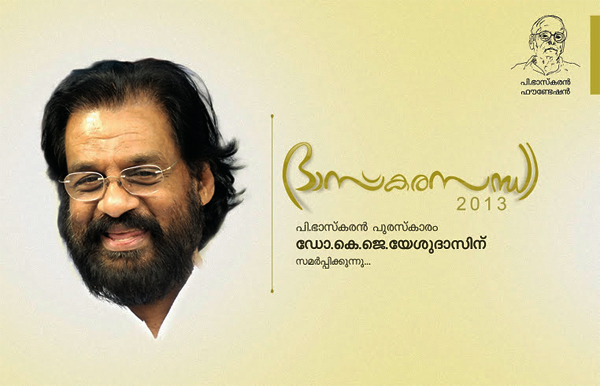 The P Bhaskaran Foundation, based out of Kodungallur, is paying tribute to arguably the greatest combination of “Poet, Playwright, Lyricist, Actor, Broadcaster, Cine Director, Film Producer, T.V. Producer, Tele-caster, Intellectual and a Humanist” from Kerala on 25th February 2013, 4 pm onwards at the Police Station Grounds, Kodungallur.

The event would felicitate Dr KJ Yesudas, with the P Bhaskaran Puraskaaram by the foundation, which would be followed by a tribute concert that celebrates the best of P Bhaskaran’s onscreen masterpieces, led by Rakesh Brahmanandan and P Susheela Devi. 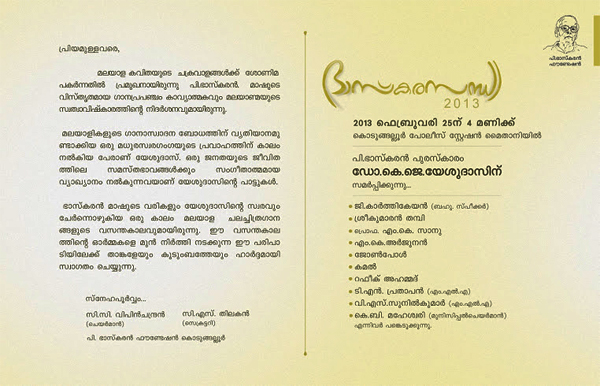 Stalwarts from the Malayalam film industry including Sreekumaran Thampi, MK Arjunan, John Paul, Director Kamal and a host of other popular personalities are expected to grace the occasion.

If you are at Kodungallur next week, try not to miss it.

From the Mathrubhumi Print Edition.
( Click on the image for optimal reading )

From the Deshabhimani Print Edition.
( Click on the image for optimal reading ) 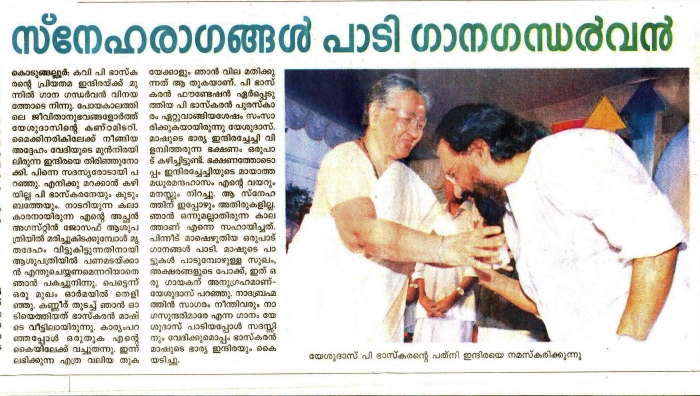