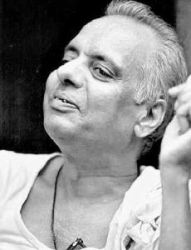 There is an interesting observation by Director Kamal in the video that discusses the phenomenon called Oduvil Unnikrishnan. He says that there seems to be no one who could bring those characters to life who were crucial to the narratives they often put together. Conversely, by virtue of their absence, the characters are surgically removed from the plot and substituted with those of a different sensibility and nature. I think it is obvious. Forget the change in social dynamics that would eventually reflect in the movies’ plotlines, but would we be again seeing a Vedikkaaran Kunjappu in a Malayalam Movie of the future, or for that matter a benevolent patriarch and a maternal uncle, brought to life in a million different forms by Shankaradi? Of course, there would be the interpretations by the current crop of actors based on the existing sensibilities now, but wouldn’t you agree that the ones with the sepia tint were more heart-warming and full of life than the existing ones? No, this is not a sepia junkie speaking. This comes with a reasonable amount of conviction.

This is a trip through another set of movies and characters, created by a varied set of screenplay specialists, meant for a brilliant actor called Oduvil Unnikrishnan. 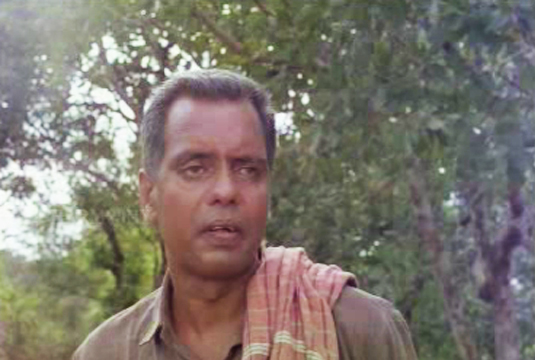 The second one in my  Favorite Trinity of characters from Sathyan Anthikkad’s movies,  (the first being Ponmuttayidunna Thaaravu [1988] and the other, Sandesham [ 1991] ). Oduvil’s Kunjappu is the “Vedikkaaran” in the local temple, marriage-broker (what a quaint phrase) , a motor-vehicle broker and  the local toddy-tapper all rolled into one ! There is a point in the movie where he replies with disarming honesty and humor that even with these three roles, he just couldn’t seem to make ends meet in his life. Kunjappu is the the quintessential make-things-happen man with a sense of fairness, justice and adventure. Else he wouldn’t take the trouble of breaking off a prospective alliance on the brink of being realised, after having taken his brokerage, and even  shares his broker fees, with a chuckle,  from the groom’s party with his dear friend, the male part of the deeply-in-love protagonists – probably the only instance in world cinema :). This is a movie that would always be close to my heart. 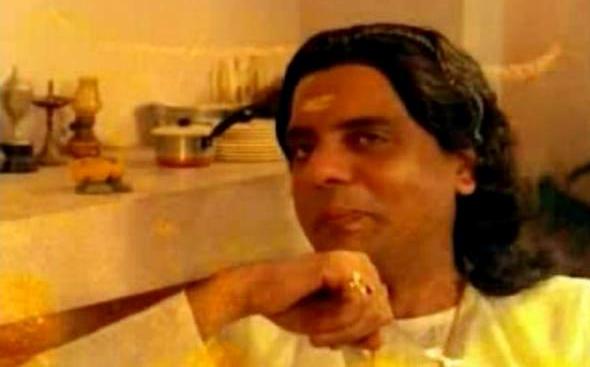 The lusty, lewd, effeminate dance teacher, KD Poduval had no tell-tale effect on the narrative of Thalayanamanthram (1990) the way I saw it, but Oduvil Unnikrishnan, with a brief appearance in two scenes made it memorable. This was also one of his rare roles with shades of grey and a pinch of revulsion thrown in. In the opening scene itself, the little girl, his prospective student  tells to her mother ( played by Urvasi) outright, ” I just don’t like him and don’t want to learn dance.” Maybe it was a natural reaction written into the screenplay but I have often realised that children do have a divine sense of perception when it comes to sliminess and grey intentions. 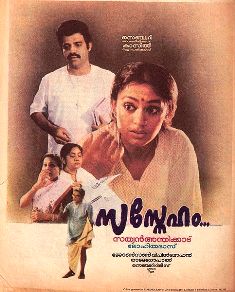 Sasneham was one of  those movies that really stood apart from Sathyan Anthikkad’s usual genre. It was also something hardly ever discussed in mainstream media – that of a marriage of two different faith trying to strike a balance between their personal faith, customs and the intruding relatives trying for their upperhand in the couples’ lives. Oduvil Unnikrishnan played Srinivasa Iyer, the maternal uncle of Shobana’s character, Saraswati. It was a throwback to his early Sarapnjaram years, and as usual, a cake walk. He was the soul-keeper to Saraswati’s mother and is neck deep in the domestic operation to hijack the secular outlook of the couple and replace it with the Brahminical traditions. This was the first of the two movies that Balachanadra Menon worked with Sathyan Anthikkad. 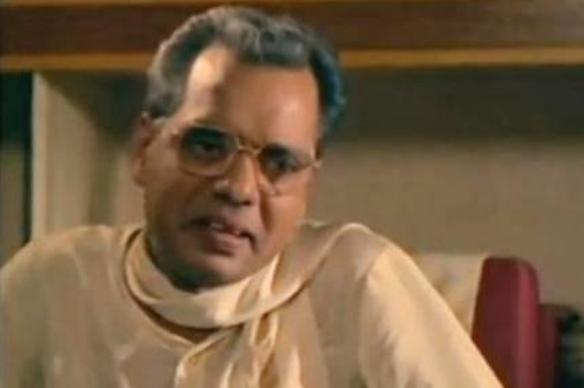 A crucial player in the narrative of this modern-day Robinhood, told in the inimitable Sathyan style! Oduvil played Devasya, the smooth-talking ‘blade’ company owner of Gopuram Chitfunds, dripping with the Trichur dialect. He is the ‘launderer’ that the biggie politicians rely on to keep their stash safe and productive, in this case of the Home Misister played by Innocent. Contrast his style of speech here with the one in Mattuppetti Machaan and you realise the pains he took to deliver when the script demanded it. This was pure Oduvilspeak.  Every time I listen to “aa iyirkkney Appaapnaanu, athintey aduthu Appnaanu..” I crack up. 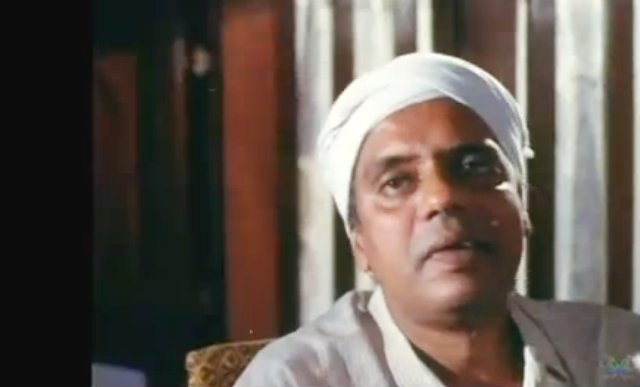 To me, this belongs to the Golden Trinity of Sathyan’s Best films till date, along with Varavelpu (1988) and Ponmuttayidunna Thaaravu (1989). Achyuthan Nair aka Achuvettan was the neighbor we all want to be but never have the heart to love our neighbors unconditionally. He is the his neighbor Raghavan’s best friend, Raghavan’s daughter’s affectionate uncle, a dutiful brother to Raghavan’s wife, and everything in between to the family. Though a childless couple, he literally plays match-maker to his ‘adopted’ daughter ( a humorous and moving sequence), the soul-keeper and well-wisher to the both the fanatic siblings, and above all, Raghavan’s sounding board for everything under the sun. He also becomes the oracle of rationspeak and truth in a situation where everything seems lost and the future looks  like a scene out of Raghavan’s scariest nightmare. If Sandesham is still regarded as a classic, much of its fundamental strength comes from this cornerstone of the movie, a loving neighbor called Achyuthan Nair, brought to life by Oduvil Unnikrishnan. Sathyan Anthikkad would again revisit this aspect, but in an entirely different and delightful set of  characters in Manassinakkarey (2003), playing Sreedharan,ex-communist , the affectionate neighbor to Reji’s (Jayaram) family.

The classic Rooster Chase in Sandesham (1991).

A video clipping from the Movie