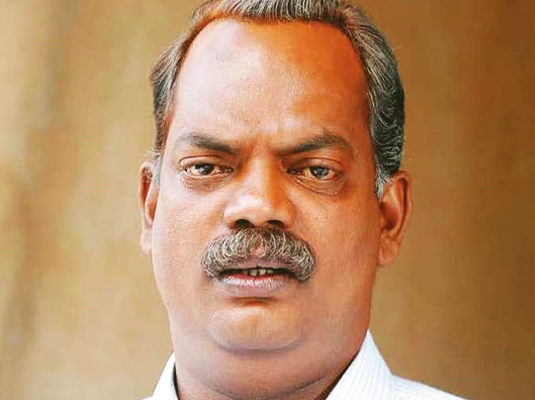 The 58th National Film Awards, 2011 have been announced, and despite apprehensions about South Indian Cinema being relegated to the background score, regardless of the fact that there was not even a single Jury member who represented Malayalam Cinema, a bitter-sweet movie swept all of our misgivings away. And Salim Kumar ! Now I really understand why it took me 3 heart-wrenching attempts to completely sit through Lal Jose’s Achanurangaatha Veedu. It is very clear.

Adaminte Makan Abu (Abu, son of Adam) – The Best Feature Film.
Directed and produced by Salim Ahamed wins the Swarna Kamal and a cash prize of Rs 2,50,000.
The citation says, “For a simple yet evocative articulation of humanist values that frees matters of faith from the constrictions of narrow parochialism. The concerns of Abu, son of Adam, are timeless and universal in their scope.”

Salim Kumar – The Best Actor (shared with Tamil star Dhanush)
The citation says, ” To Salim for a deep, restrained performance of a simple man with an unshakeable belief in his quest for salvation.”

Madhu Ambat – The Best Cinematographer for Adaminte Makan Abu.
The citation says, ” For the visual poetry that augments and reinforces the concern of the narrative and for unfolding the infinite vistas of nascent digital technology in the visual medium.”

Issak Thomas Kottakapally – The Best Music Direction Award (Shared with Vishal Bharadwaj )
The citation says, “For minimalistic use of appropriate background score to nurture the essence of the narrative.”

Special Mention in the Non-Feature Category.
Ottayal (One Woman Alone) directed by Shiny Jacob Benjamin, for the “heart warming portrayal of the woman Dayabai, who trades along a challenging path in quest of truth. The director, delves into the spirit of the woman to understand the theology of liberation, with sincerity and intelligence.”

From the Malayalam Cinema Family.

Indrans Jayan – Best Costume Designer.
The citation says, “For realising effectively the texture of a period in the history of modern India through miniscule attention to detailing.”

Sukumari – Best Supporting Actress.
The citation says, “For a sensitive portrayal of an aged widow who challenges orthodoxy when restrictions are placed upon her widowed granddaughter.”

This is a very proud day  for everyone who loves Malayalam Cinema.