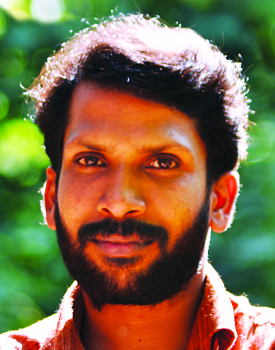 Director Sudevan’s four short films, VAROO, PLANNING, RANDU and THATTUMPORATHAPPAN would be screened at the Kerala Sahitya Akademi Hall on 25 February 2011, from 5 pm onwards, back-to-back, under the aegis of the Navachithra Film  Society, Thrissur.

Navachithra Film Society, if you could recall, is a part of the ViBGYOR Film collective, based out of Thrissur who conducts the largest alternate film festival in India. 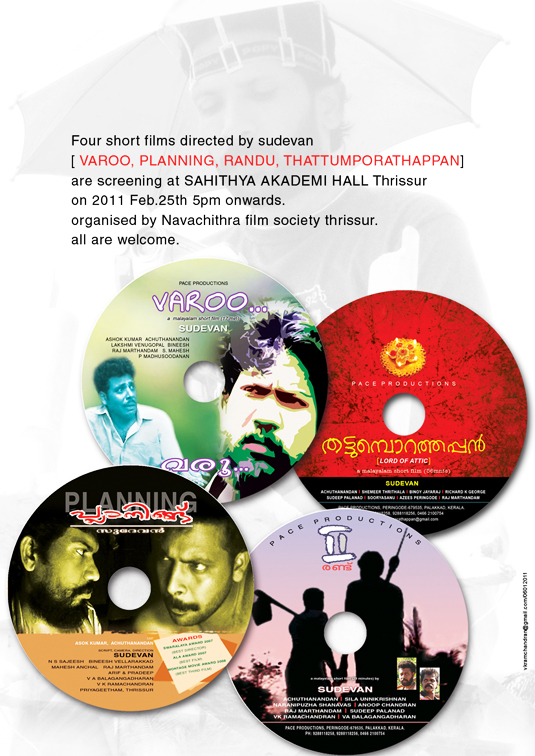