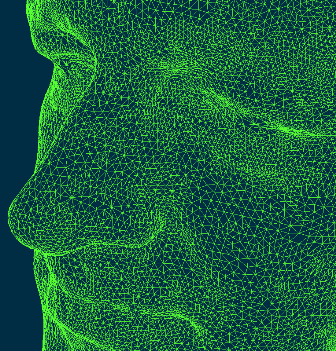 I do not know how many of you have read this or skimmed through it in Malayala Manorama a few days back, but this sure gives me the jitters (and not in a good sense at all ). According the blurb, Vijeesh Thampy has initiated a project, tentatively titled “Avatharam” , a full-length feature film strarring ummm..Jayan ! Apparently, Kannan Nair, Jayan’s nephew is also an active partner of the project. TA Shahid ( Rajamanikyam, Mambazhakkalam) will be taking care of the screenplay, and they intend to release the movie by April 2011. The tiny blurb states that Jayan would be recreated using the latest technology and be present throughout the film, so I guess it would be safe assuming it to be a movie starring Jayan in 2010 with the sensibilities of 1980’s!

I just do not understand. Is it for the novelty factor? At an age and era where commercial viability of a Malayalam movie, with its limited audience restricted by the language, is frighteningly on a downhill course, with the established, aging “leaders” themselves trying their level best to stay “afloat”, how successful would you be peddling the 80’s? Being craftsmen and business men, I’m pretty much sure that the team must have taken all this into consideration but there are nagging questions.

Who would look forward to watch this? If it is for the die-hard fan who still keeps Jayan as a fond memory, he/she knows outright that this is not the ‘real deal.’ It is an attempt at make-believe in the most perverse sense at all. Jayan’s machismo and his brand of movies were perfect for that era and as if ina perfectly choreographed scene from Above, he even left in a blaze of glory, ensuring that whatever we have come to associate with the Actor has been firmly etched likewise for eternity. As another legend, Madhu once remarked, ” Jayan can never look old or be old. He has ensured that he stays like he has been, for ever.”  I am a die hard fan of Jayan, but I wouldn’t even want to be anywhere near that multiplex, as I know more than anything, its just a technical gimmick.

Speaking of the technical aspects. The existing methods as far as I can gather still is directly dependent on the physical being of the living actors –  King Kong , The Matrix, The Curious Case of Benjamin Button to name a few, all had “grabs” taken off living faces before being digitally recreated. Even with the resources and the wherewithal, the organisers of the most successful venture undertaken in this regard, recreating the magic of Elvis, was done by putting up an entire concert of him customised to his actual live band performing onstage, as his footage in sync ran real time on the stage! There was no holographic Elvis for that concert. You can read about that here.

There was a similar attempt that was set in motion with lots of noise about recreating MGR as a super-hero along with a second rung of the current-heroes in an action packed film as they save the world, combined. Thankfully, they had conceived it as an animated film in 3-D, titled Puratchi Thalaivan which is yet to see the light of day. You can checkout their website here.

Here is the teaser-trailer of the project.

Maybe the production team recreating Jayan has a better, more viable and superior quality technology up their sleeve. I really hope it works. When Jayan sang

in Chattambi Kalyani (1975), he must have had some inkling of his second coming of sorts, when you think about it.