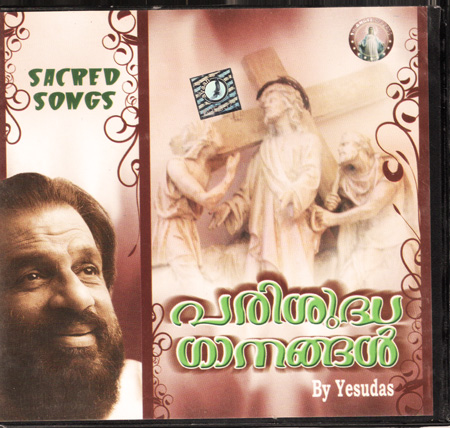 Sacred Songs (Parishudha Gaanangal – original title) was an ‘event’ in the Malayalam music industry and one of the greatest commercial successes of Tharanagani Studio. To my best knowledge, it was the first music album centered around a concept/ theme, and an-out-of-the-cinema-playback set of compositions done for the first time by a mainstream film music composer/ directer ( read Big time Composer). Sacred Songs, released in 1982,  would also lay the template for the successful series of ‘Christian Devotional Songs’ series that would be put out by Tharangani Studio on a regular basis, mostly being released around the Christmas season. This album also paved way for the content format of all the albums that followed it, though most tried to keep up with some semblance of a theme, you could find one composition on Nativity and another on the Passion of Christ in almost every album that came out of Tharangini under the “Sneha” series. 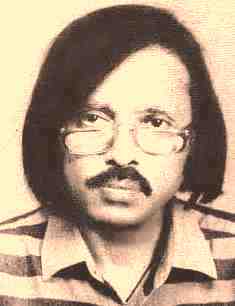 Even if they missed out on the latter, they ensured that one on the former was de rigueur. The album covered the Old Testament and the New Testament with a set of compositions by Bichu Thirumala which stays timeless, relevant and fresh, almost 30 years after. The phrases and the expressions that he has used in the compositions would surprise you, starting with the opening track that revolved around the Ten Commandments. Comparing the faithful’s heart to the blank set of stone tablets which awaits the commandments to be seared in, for life was an idea which transformed into a majestic and powerful hymn, befitting the all-powerful, all-prevading ‘might and majesty’ of the imposing  Almighty. So much so, I recall reading in an interview  where KJ Yesudas reminisced about being choked up every time he finished with the first line, and it took close to 13 takes to lay down the track!

It was a coup getting Shyam, whom KJY introduces at the beginning with his Christian name, Sam Joseph as the 1980’s belonged to Shyam. And I am sure he must have taken to this project like a fish to water – because here was a chance to bring out his entire capabilities in composing chorale and setting hymnals to music – in short bringing out the  traditional strength in his dexterity on the church organ and the lessons imparted by Dhanraj Master. Each composition resound with his dexterity in composing songs of praise and reflection, often breaking conventional strictures in composition so much so that at times – it sounds like prose set to music. A special mention about the composition Halleluijah, which is a delightful aural trip in harmony and western parts-chorale. I have set out the entire track-listing from the album, and the ones that I could find shared on popular music-sharing sites. A CD version of the album is available under the 9th Angel Records label, out of Chennai.

To my understanding, the only composition/ song that is a tribute to the “7 and a Half churches” established by St Thomas in Kerala in 52 AD.  The song is also a wonderful mnemonic that enables you remember all of them at one go 🙂 Atleast, I do !

I would love to hear about your thoughts on the album. Do write in !