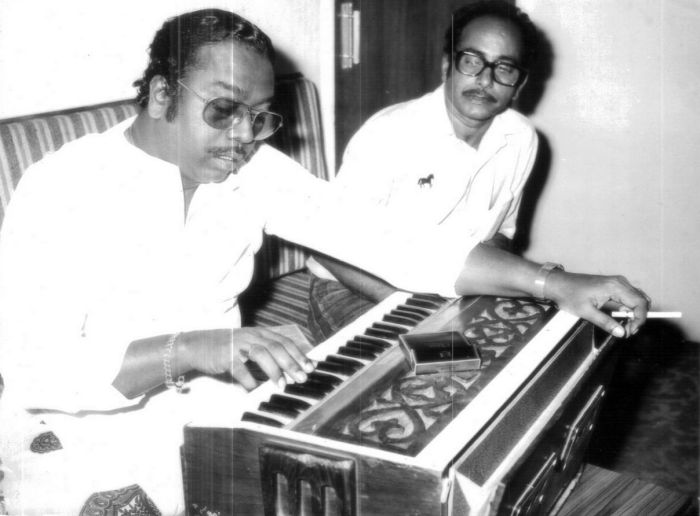 Shyam’s dabble in Theme Music had started long before Irupatham Noottandu or Oru  CBI Diary kurippu happened. I feel he started it off in Nirakkootu (1985) itself, where the character played by Mammootty ( Ravi Verma) always had a ‘thematic intro’ running throughout the movie. Shyam, like Raveendran also used to cleverly use his melodies in the background scores of other movie – if you listen closely, there is the melody of  Kannanthaliyum Kaattukkurinjiyum from Anubandham ( 1985) running through Uyarangalil (1987). Anyways, back to his Themes. He recalled in an interview in The Hindu that the two Directors  really enjoyed  working with IV Sasi and Joshi.  According to me, his  memorable Theme Scores were featured in the following films :

My musically inclined friends could correct me and maybe kick me all the way to rock n roll hell and back, but I feel his Irupatham Noottandu theme was taking forward the Beethoven’s 5th, and making it into a delightful bit, somewhat one the lines of the legendary opening riff of Deep Purple‘s Smoke on the Water. It is the basic four note combination in another delightful memorable way. Its just my opinion. Please don’t shoot me.

The theme music from Irupatham Noottandu. Starts at 3:13

12 years since release, the theme riff is now more of a parody than a thrill-inducing intro. But, in 1988, things were different. Oru CBI Diarykurippu was Shyam’s double whammy in a genre hwich he single-handedly introduced and put in place in Malayalam Cinema, and the same riff would carry on for its 3 sequels, and hopefully will go on till the main protagonists grow old in the movie and pass away in the end, probably with a pathos variation of the signature theme. I am thinking AD 2345, not far into the future. What do you think, my learned, generous reader and friend?

Here is the opening from the first one in the series, Oru CBI Diary kurippu (1988). The riff plays right from the start in a sustained melody loop.

The theme of Irupatham Noottandu comes in its remixed, reloaded avatar in the sequel, Sagar alias Jacky RELOADED in 2009. Judge for yourself.

Next : Shyam’s Gospel Album in Malayalam.