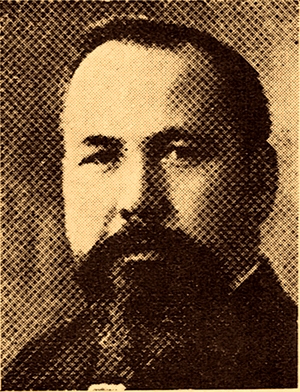 There is no other dirge that we hold close to our heart than the classic Samayamam Rathathil (In the Chariot of Time, here I am, on my journey to heaven), which has become a symbol of passing regardless of caste, creed or social boundaries. No ‘Passing ‘ is complete without Samayamam Rathathil, if you are in Kerala, regardless of caste, color creed or social barriers. It is amazing that a hymn written as an exultation of praise and longing to be with the Lord, somehow over time gradually migrated to represent the collective pathos and separation of a whole community. I believe it was Aranazhikaneram(1970) that played an important role in the popularisation of this hymn that somehow got stamped as a dirge with the effective usage of that in the movie. Vayalar seems to have taken the original lines written by Rev V Nagel, tweaked it a bit, and Devrajan Master speeded up the tempo a bit to form Samayamam rathathil, as we know it today. But the song itself, along with the central idea of the chariot that’s taking one on a journey has some interesting cousins in history. I’m sure most of you know it, this is for the ones who don’t.

The lyrics of the dirge, seems to have some startling similarities to the hymn written by Wallis Wallis, ‘Swing Low, Sweet Chariot, coming for to carry me home’, composed sometime before 1862. Being in Europe till 1893, the last 6 years with  the Basel Mission, it might be possible that he must have come in touch with this hymn from the Americas, in his time at the Mission. Swing Low Sweet Chariot is one of the most loved hymns of inspiration and hope, and by far one with the most versions.  The Jubilee Singers who first recorded the version did a tour of the US and Europe which made popular in both the continents. The Wikipedia lists close to 60 versions ! What must have attracted Rev Nagel would have been the lyrics, which he would later come to use in his own praise of the Lord.

Here is one of my favorite versions, Ladysmith Black Mambazo’s cover of Swing Low Sweet Chariot.

Rev V Nagel seems to have been inspired from yet another tune of the 1800’s, the waltzy My Darling Clementine. Said to have been written by “a bereaved lover singing about his darling, the daughter of a miner”, the melody of which is attributed to a “Spanish tune, which was made popular in the US by the Mexican refugees during the Goldrush.” The tune is so tender, catchy that it also has been covered so many times, including a Hindi version too(yes!), in Guru Dutt’s CID (1956), the popular ‘Ae Dil Hai Mushkil’ {aw, c’mon, don’t tell me you didn’t know THAT 🙂 }.

Here is a version that holds close to the original, the Freddy Quinn version.

Hers is Guru Dutt’s version 🙂

The version from Aranazhikaneram, additional lyrics by Vayalar, sung by P Leela and P Madhuri.

So, here is what I think and love very much about the most famous dirge in Malayalam.

It was composed by a German missionary, who chose Kerala to serve humanity, learned the language, and amongst the many hymns composed, Samayamam Rathathil stands out with its tune inspired from a lineage that goes all the way to Spain and Americas, lyrics that could claim origins from the underground railroad from the cotton-pickin’ 1800’s, and which has now been adopted by a population that considers its presence an integral part of saying the Final Goodbye to a loved one’s Passing.

I doubt if any other hymn in the planet could hold an equal claim!

Just came across an article at Manorama Online by MP Sukumaran which is an extensive writeup on the history of the song and Rev Nagel. Was also delighted to note that its 110 years since Kerala wholeheartedly embraced  Rev V Nagel’s hymn into its popular culture.