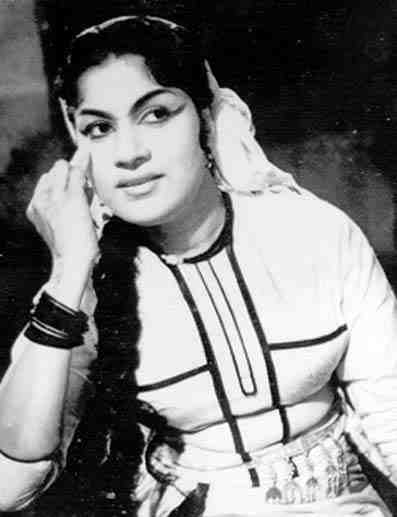 Umma (1960), was a movie that could be remembered for many reasons. The first mainstream Malayalam film that successfully integrated the Muslim social fabric into “the commercially existing family drama format” in Malayalam Cinema and made a high-voltage potboiler out of it. It also rescued Udaya Studios from going under, and saw the debut of  M.Kunchako as a director.

But it was the 12 songs (!) from the MS Baburaj – P.Bhaskaran team that I think made it all the more memorable, and amongst them, the funky Kadalivazha Kaiyyilirunnu sung by Jikky. 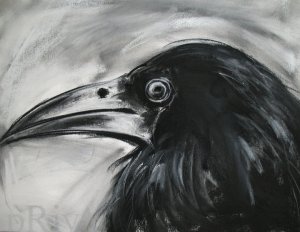 The song was picturised on the main protagonist Ayesha (B.S Saroja), singing about the crow  who caws from the banana tree in the backyard, which usually portends a guest ( this time she is hoping it might be her betrothed). Curiously it is exactly how a bubbly Nalilini Jeyawant expresses herself through  Meena Kapoor in Ankhen (1950), a decade back, “Mori Atrayian  Pe Kaga Bole” and even has the same tune ! But Jikky sounds funky and fun! To me, Jikky’s version wins hands down :).

PS: The brilliant depiction of the purveyor of goodwill and all things sunshine happy (aka The Crow) is by the Mistress of  The Plumtree Chronicles, more of which you can find here !