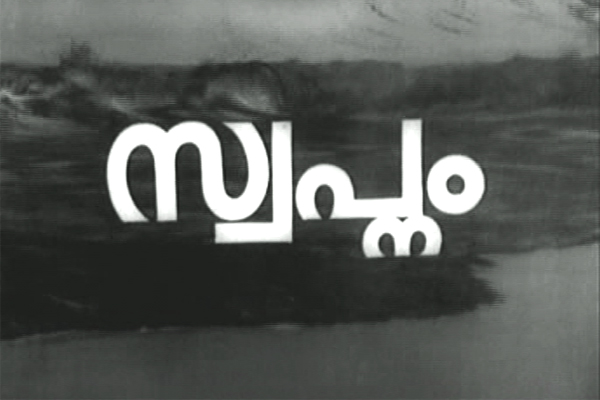 Maane Maane Vili Kelku is one classic that always manages to set your foot tapping, it has a very infectious bass line and a structure which is so ‘Salil da ‘. It could even pass off as one of the legendary KJ Joy‘s compositions, if not for those quirky signature riffs that spells Salilda’s genius. 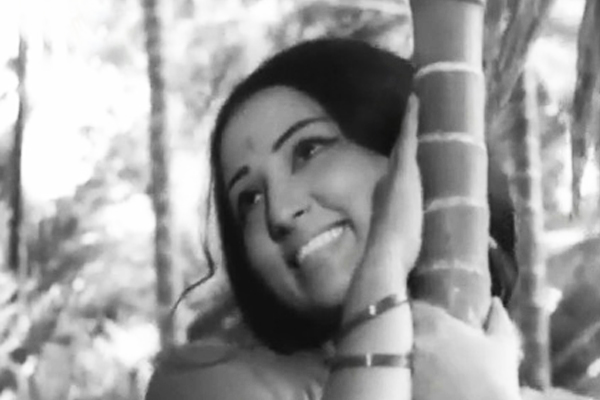 Swapnam (1973), directed by Babu Nandancode, starring Madhu, Sudhir (The man who made floral terylene full-sleeved shirts with a flashing Rado on your right wrist a fashion statement 🙂  ) and Nandita Bose (sigh) as the lady love torn between the two, was a long and drawn out masala film for what it was worth, but the songs were pure genius!

There were 5 songs in the movie. Nee Varu Kaavya Devathey, Sowrayudha Pathathil, Maane Manne, Kaana Kuyiley and Shaarikey – but my favourite will always be Maane Maane. It sounds quite amusing to base a song’s theme on the central idea of a long-lost lover pining for his lady love and calling out for her as he would call a doe ( she deer) all around the coconut-tree laden countryside, but hey..this is pure Salilda and I love it!!

Interestingly, Salilda had composed  the original tune Aar deri nei aami aashchhi way back in 1971, and had it rendered by Tarun Bandyopadhaya as a non-film composition, to the best of the knowledge and from what can be gathered from Gautam‘s exhaustive and valuable compilation at Salilda.com.

Incidently, KJ Yesudas even sang the Hindi version of the same tune !
Listen to it here.

3 thoughts on “Maane Maane from Swapnam (1973), Tarun Bandopadhaya and the stately Nandita Bose.”