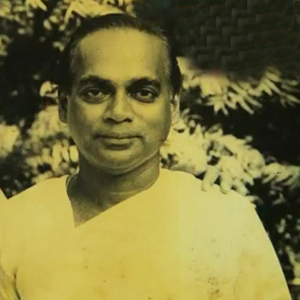 In the annals of immortalising the Kerala Samurai onscreen, Navodaya Appachen was no less in contributing his vision on kitschy celluloid.

Maliampurackal Chacko Punnoose, known as Navodaya Appachan, I believe,  came into the limelight ( literally) starting off from where his illustrious and legendary Kunchako left after Kannappanunni (1977), which was Udaya’s 75th film. Appachen started off with his multi-starrer Thacholi Ambu (1978), bringing MN Nambiar as the arch nemesis in the costume-drama (and what a costume-drama it was, folks! ), followed by Kadathanattu Makkam in the same year!

As Producer, it was just one – Padayottam (1982), India’s first indigenous 70mm movie, which amusingly brought the The Count Of Monte Cristo in personal contact with the Kerala Coast ! More on that here.

There is also another project worth mentioning, which got entangled in legalese and counter-litigations, plus the loss of its main protagonist ( the passing away of Sri.Prem Nazir ) – the Priyadarshan ( Oh, yes !) directed Kadathanadan Ambadi (1990), which was scripted by Cochin Haneefa.

It took the might of the entire industry to rally around and save this doomed project which was bizarre in its timelines and the continuity shots, and is one film Priyadarshan will not like to have ever brought up in his body of work anywhere. The vocal overdub of Sri Prem Nazir was done by Shammi Thilakan, son of legendary actor Thilakan who mimicked the intonations and the inflections of the Evergreen Hero of Malayalam Cinema to the last syllable with uncanny precision.

Oru Vadakkan Veeragatha (1989), directed by Hariharan based on the screenplay by MT Vasudevan Nair, remains to this day, the finest example of  the genre, which was nothing short of celluloid poetry. MT’s portrayal of  Chanthu, immortalised by Mammootty turned out to be a case study on how lyrical prose can translate into visual poetry in the right hands. It also turned out to be the biggest hit of 1989.  Though Mammootty’s personification of Chanthu was undiluted 16-century sepia machismo delivered on screen, it was quite another story when it came to the old Navodaya Samurai Tales!

Here he is, in Padayottam, India’s first indigenous 70mm Movie!!

If Mammootty was around, could Mohanlal be far behind?

Life in Technicolor was colorful, what say?